Let’s face it, Brussels is not the prettiest or most interesting of European capital cities but if you like beer it is one of the best places on earth! Not only that but you can be there in 2 hours on the Eurostar and bring back as much beer as you like, which is exactly what I did at the end of August 2014. Luckily I had some pretty damn good recommendations from friends so I thought it only fair to share for those wanting to also pay a visit and explore Brussels’ immense selection of great beers and food. So here is my list. 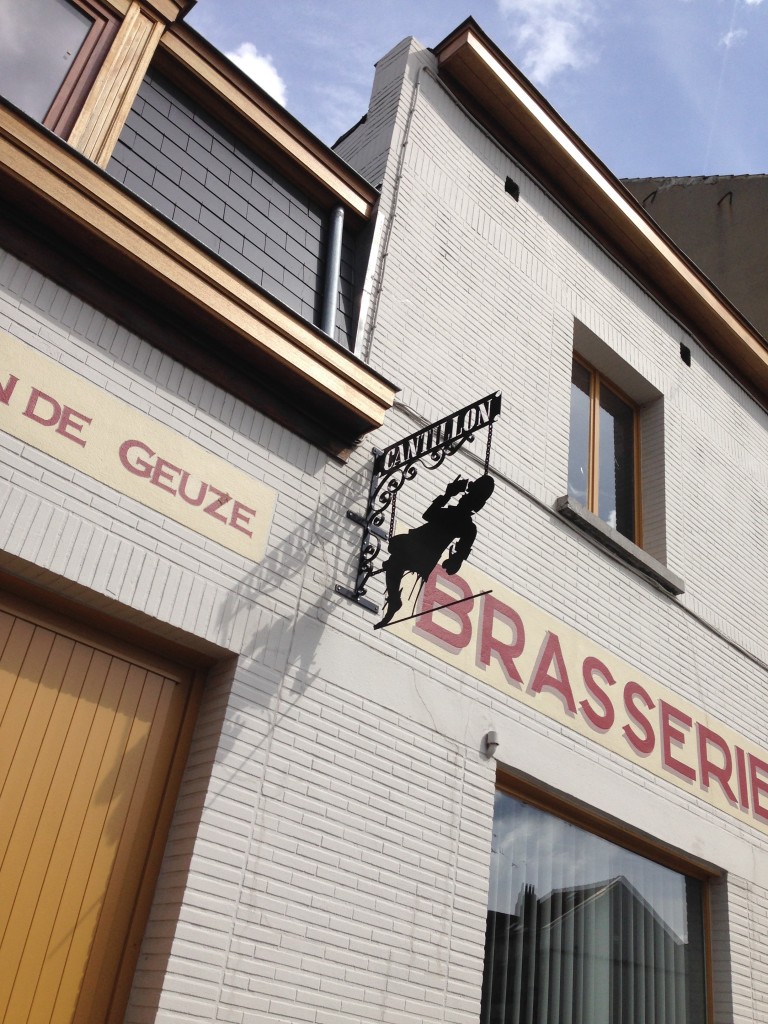 Cantillon is one of if not the most respected brewery in the world amongst brewers and beer lovers alike, known for producing lambic and gueuze beers. If this is the first time you are hearing either of these names, they are both types of sour beer, the former is an older beer and the latter a blend of older and newer lambics. Lambics are produced using a method called spontaneous fermentation, which means they are exposed to natural yeasts in the air which creates its distinctive sour taste. Some lambics are overwhelmingly sour, others a bit softer where the proper ‘beer’ taste comes through, for example Cantillon’s own Iris beer. Tilquin Gueuze although not a Cantillon beer is another good example of this. If you find a pure lambic too much of a shock, a fruit infused version may suit you better for example one of Cantillon’s most popular beers, Rose de Gambrinus which is brewed with raspberries (which should be on any decent list of top 10 beers to try before you die). The brewery offers a self guided tour round the brewery (pamphlet included) which includes two free tasters. I’ll be surprised if you only manage two though as even though you may scrunch your face up at the first taste they are very moorish. Not all may be available to take away so if possible try the Saint Lamvinus which is brewed with Merlot grapes from Bordeaux. 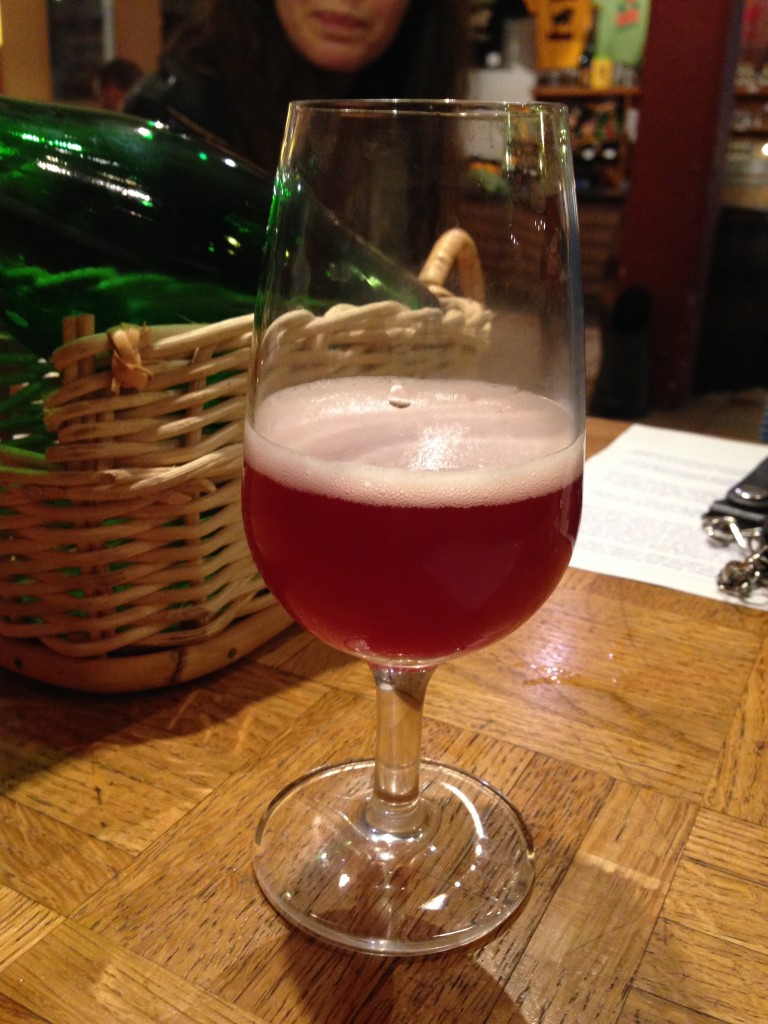 There are two Moeder Lambics in Brussels, I went to the newer of the two. It is an excellent place not just for trying lambics on tap but beers from more modern breweries in both Brussels and the rest of Europe. Be prepared to settle yourself in for the afternoon. I had two lovely lambics from De Ranke brewery, their cherry lambic, Kriek de Ranke and their Cuvee de Ranke. De Ranke were one of my favourite breweries on this trip, also the brewery behind XX ale a very popular beer in Brussels. I also had an American style IPA called Zona Cesarini from the Birra Toccalmatto brewery in Spain so I got my American hop fix too. We ordered a cheese platter which provided a tasty snack between four of us. Generally in Brussels you should line your stomach before going to a bar because the most you’ll often get are meats, cheeses and chips.

These two places are not affiliated with one another but close together so good to visit on the same day. One is fish restaurant, the other a bar, both in one of the more attractive areas of the city near the canal. Nordzee have a limited but delicious menu of kibling, prawn croquettes, mussels and usually one grilled dish of the day. You order at the bar and eat standing up at one of the tables outside. Grab some kibling, mussels, croquettes and a glass of white wine. Monk is just around the corner, high ceilings and wood panelled walls with a piano in the middle of the room that unfortunately wasn’t being played on the day we went but good beers on tap and a good sausage selection. Definitely try and squeeze these both in. 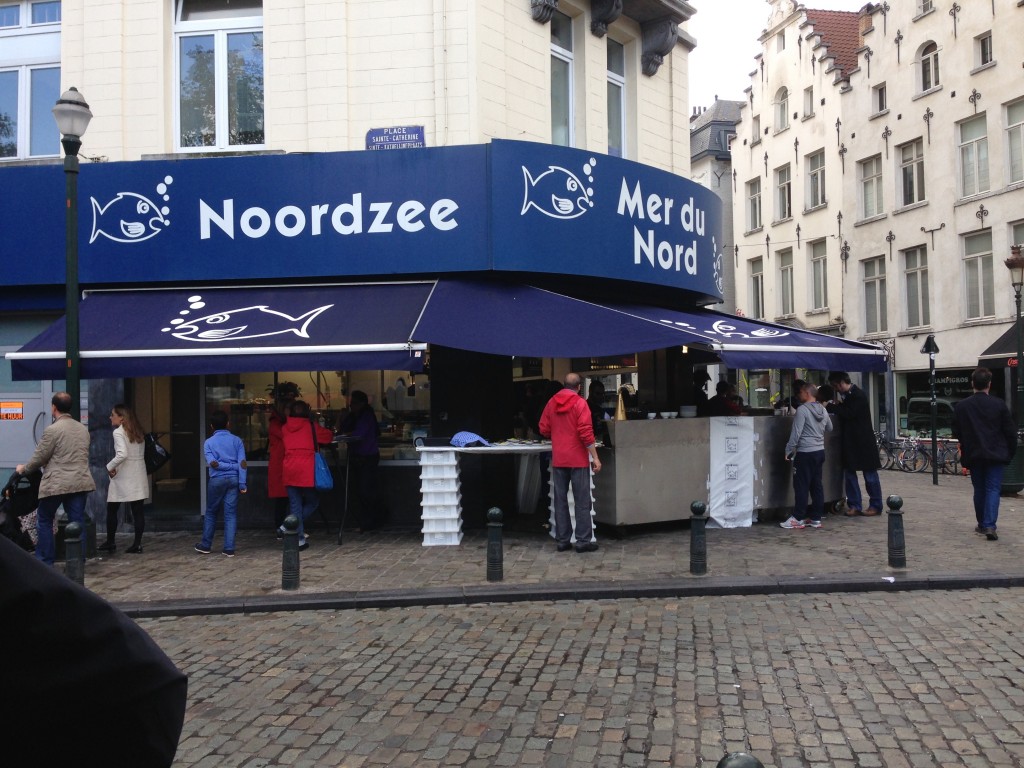 Around the corner from the Palais de Justice, in front of which there is a large square with a pretty decent flea market. The speciality of the restaurant is that they cook traditional Belgian dishes with beer. My country sausages below were delicious and cooked with Chouffe but the Beef Stew with Rodenbach was exceptional and the Rabbit with Prunes and Geuze Girardin another highlight. I would imagine you can’t really go wrong with most of the dishes here. As with most places in Brussels the bottle selection is more extensive than the beers on tap but go for something on draft. I went for a Lupulus Printemps, a seasonal beer (saison) which is only produced once a year and not available to buy in shops. 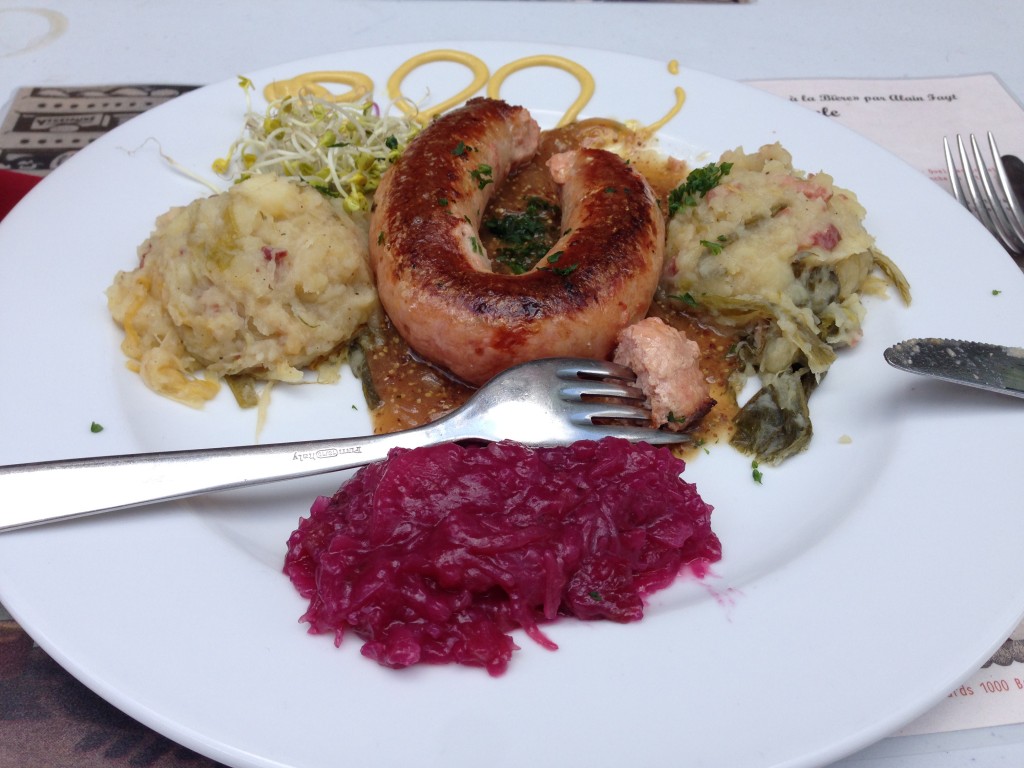 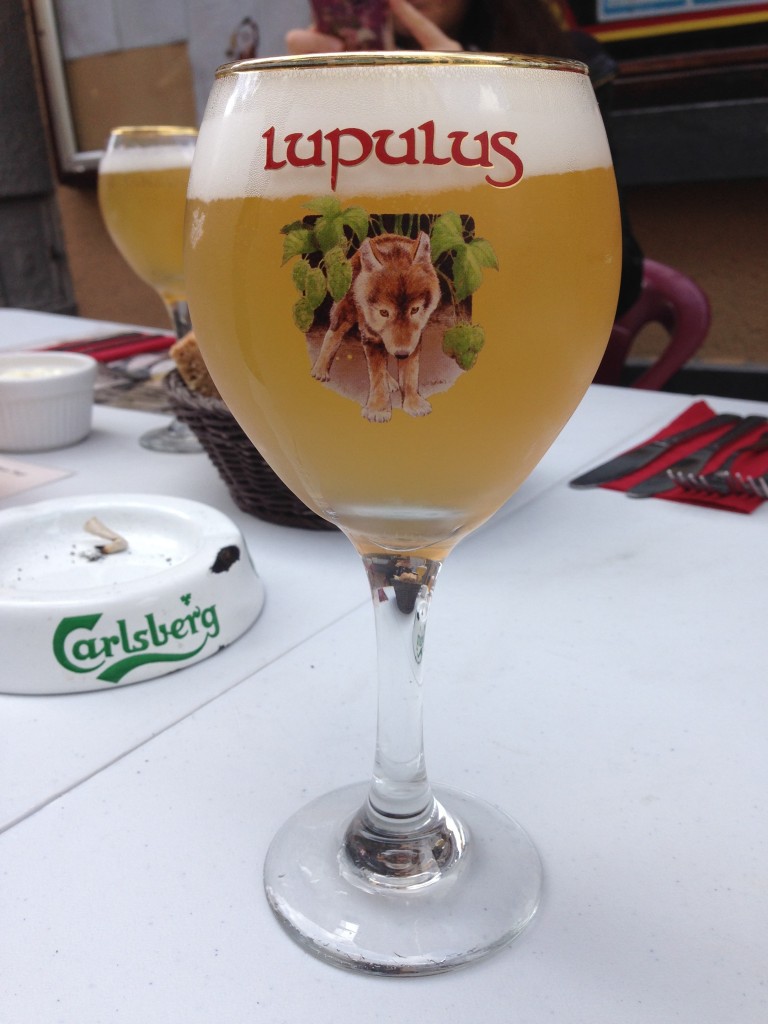 There is something that feels expensive when you walk in but it is very reasonably priced. Again there is a theme of cooking with beer and I went for the veal cooked in Kriek very generous porition and succelent meat. They have a few beers on tap including Maes a very crisp tasty lager which does very nicely if you fancy a break from the dubbels, trippels, wheat beers, blondes etc