As a beer enthusiast, you can’t mention Copenhagen without mentioning Mikkeller but it wasn’t until I went to Copenhagen for the MBCC festival last year that I discovered that Mikkel Borg Bjergsø, the man behind Mikkeller, owns a staggering twelve establishments in Copenhagen alone. These vary from a rock brewpub selling fantastic BBQ food, to an upmarket restaurant along the canal. There are also To Øl, who are co-owners in some of their bars and are a phenomenal brewery in their own right. In Copenhagen you will find their brewpub/bar/restaurant/shop, Brus.

Copenhagen is one of those cities where it feels it would be impossible to have a bad drink or a bad meal. It’s not only beautiful but has a freshness about it in general and that includes in their beers.

Below is a brief breakdown of where my friend and I visited in May last year.

It soon became apparent that this was the unofficial after party venue for the Mikkeller Beer Celebration which my friend and I had been to the day before. The bar is conveniently located around the corner so people could soak up the alcohol with some seriously good BBQ food. We got there around 7pm, just before people would have been coming out of the 4pm session at the festival (without making it to the end) and it wasn’t long before men fuelled by rock music and beer were standing on tables singing and rocking out. This was a side to Copenhagen that I hadn’t seen yet and it was great.

When I was in the queue for my second beer, I was told I absolutely had to have one of their famous hazy IPAs, otherwise known as New England style IPAs, which have since become a popular style to brew in England. To date Warpigs’ double IPA is probably still the thickest, hoppiest, juiciest and dirtiest I’ve had. Pair that with a plate of seriously good BBQ meats and you have the perfect combination.  Great food, beer and atmosphere. 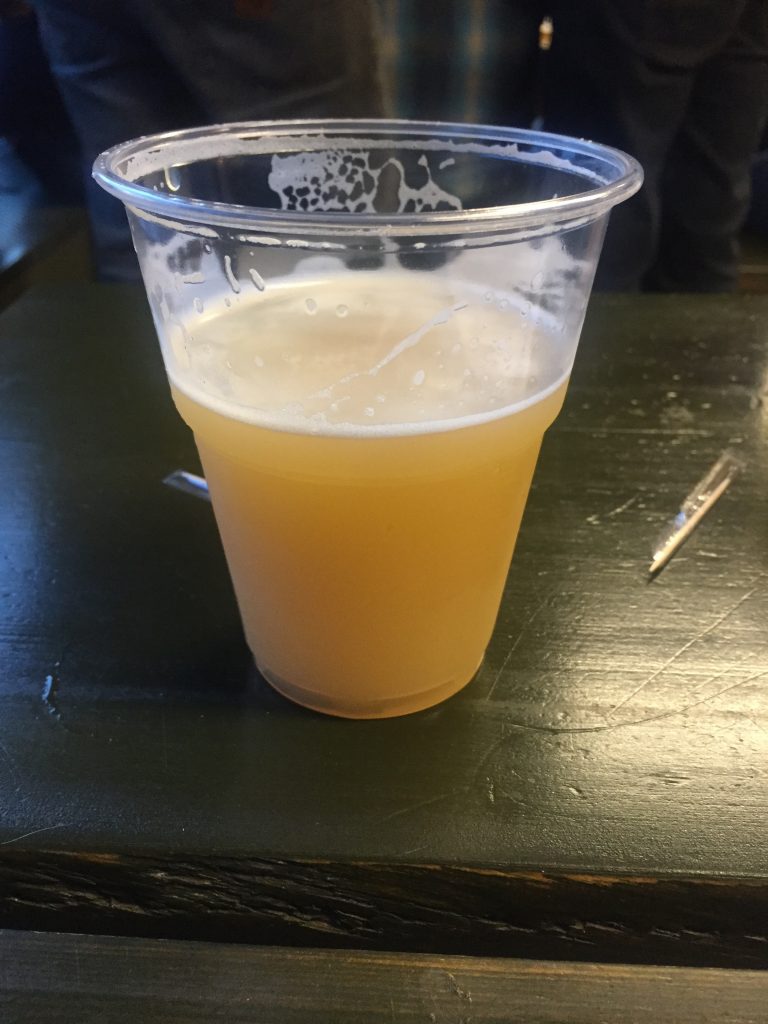 Mikkeller Bar Victoriagade is a tiny bar, two doors down from one of Mikkeller’s restaurants, Øl and Brød, with 20 beers on tap, including a few guest beers and an extensive bottle list. Just because we could, we decided to share a £20 bottle of beer brewed with truffles, because you never know when you might get the chance to again… 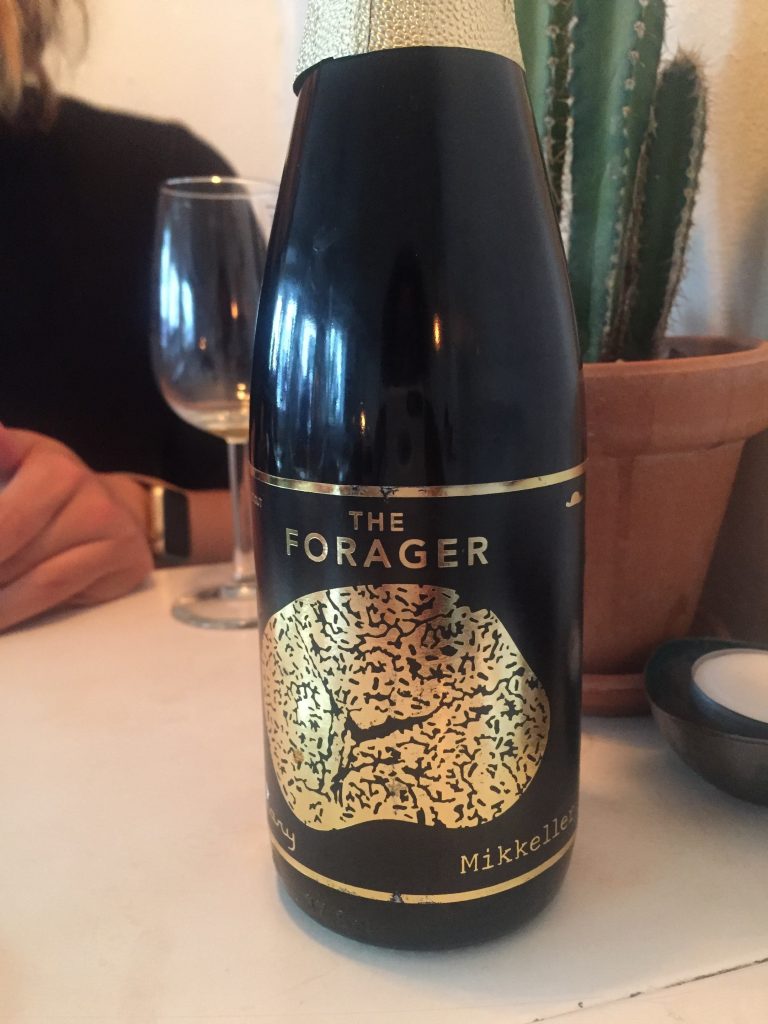 Mikkeller & Friends, feels more like a pub and is located in the trendy Norrebro area, which is a great place to walk around in general in between bars. There are 40 taps and they do great sandwiches too.  Spacious with low lighting, so prepare to settle in.

I remembered hearing about To Øl from a Danish friend of mine, around the same time that people were starting to talk about Mikkeller in England a few years ago and I could not believe it took me this long to try their beers. Brus is a collaboration between To Øl and the Mikropolis bar who have joined forces to create a brewpub (brewing beers under the Brus name) a restaurant, shop and bar, once again in the trendy Nørrebro area. The beers on offer were mainly To Øl and Brus. This was my first experience of having a sour pale ale and I still remember it vividly. I’ve tried a few since then but this is still easily the best. To Øl’s Sur series does now make it over to England in cans but I implore you to go here to try it fresh and bring back as much as you can! 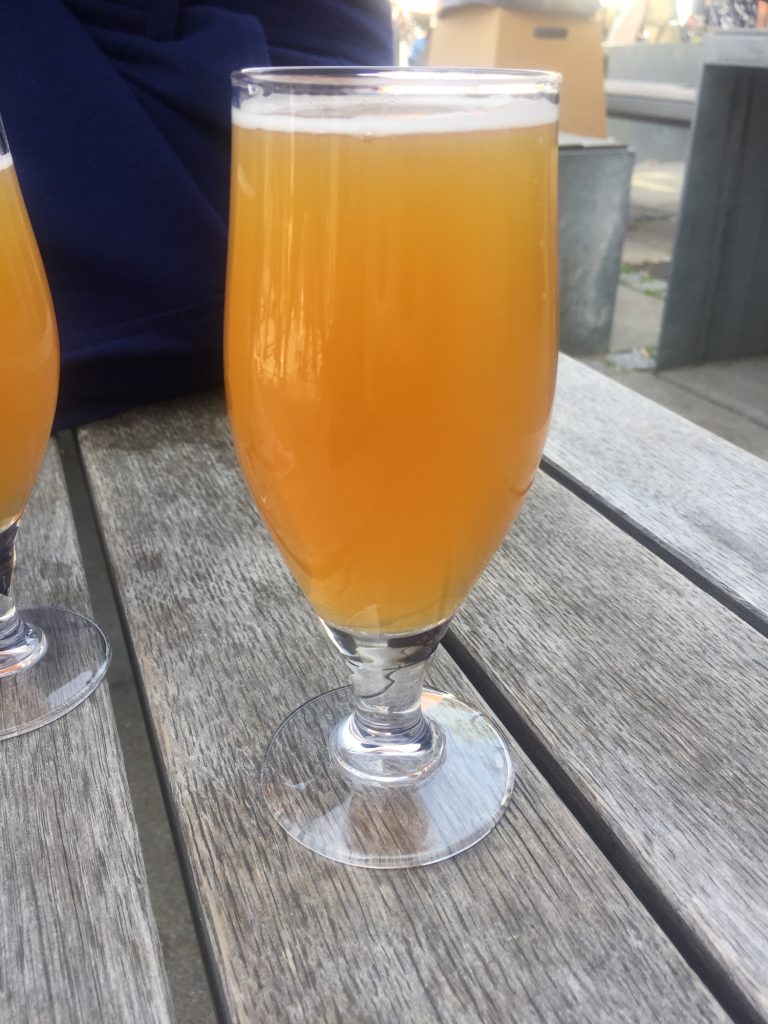 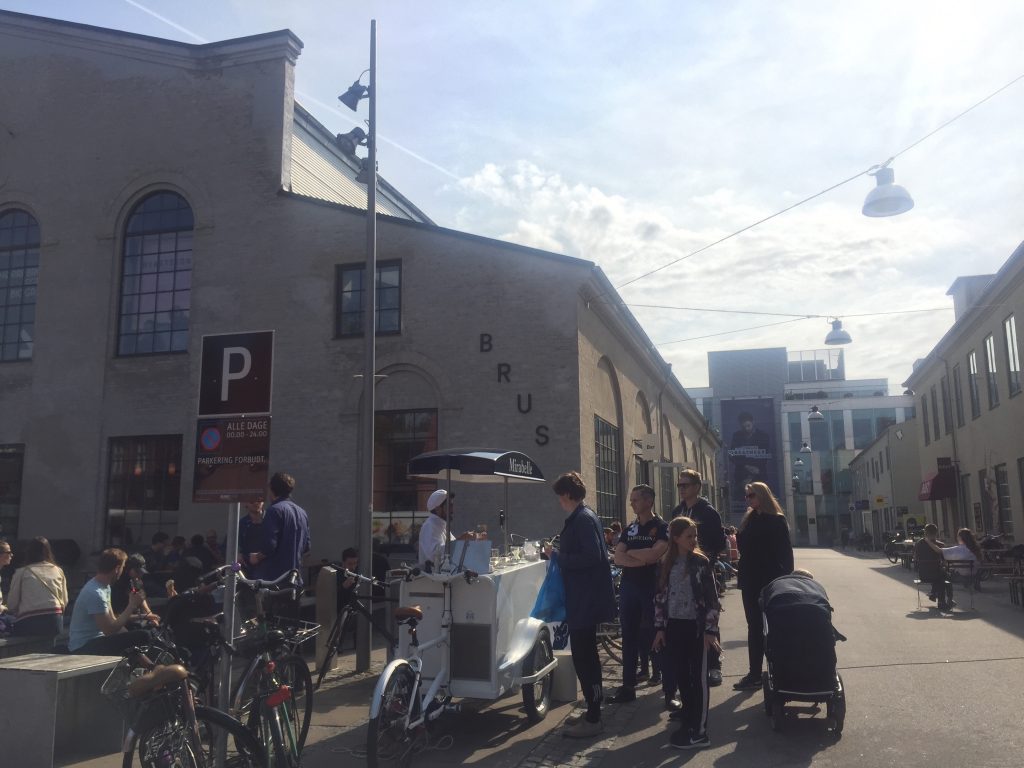 Mikkeller & Friends Bottle Shop– where to go for all of your takeaway needs. The shop is part of a permanent indoor market called Torvehallern (similar to Time Out market in Lisbon but on a smaller scale) so definitely worth having a snack and a drink while you’re there

And lastly on a sunny day, head down to Copenhagen Street Food on the canal, grab some food and a beer or a cocktail and head outside to admire the view.

I am looking forward to going back in May and trying as many of the others as I can on the list. Brus will definitely be a must every time. 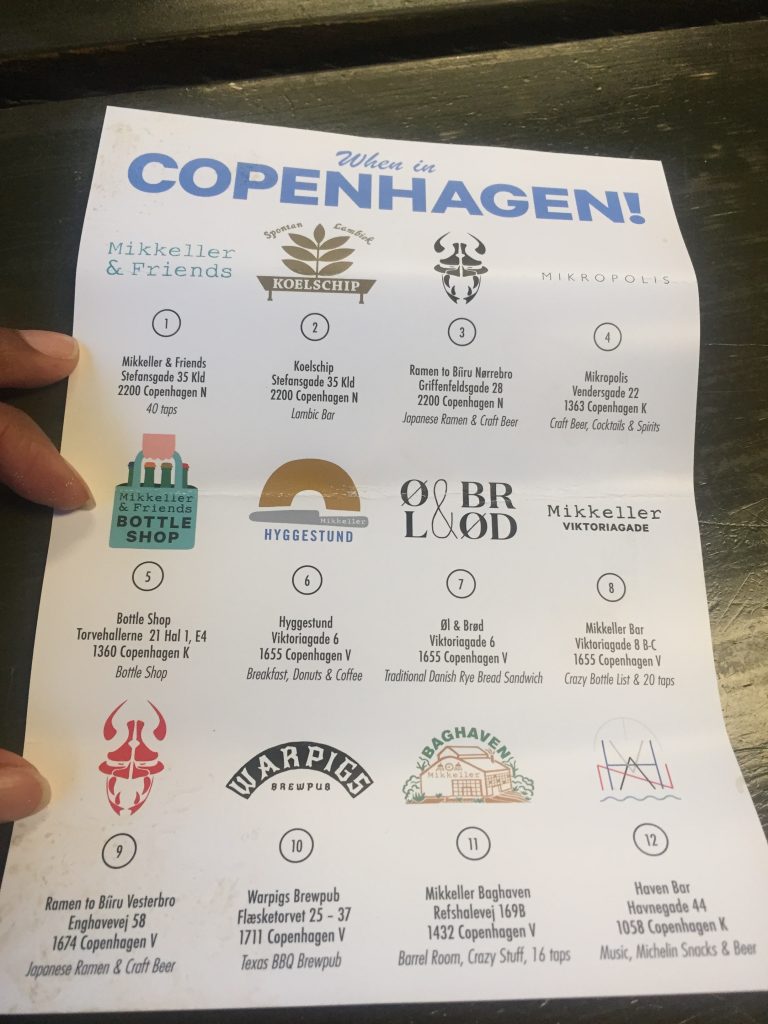