Last year a very good friend of mine surprised me with a trip to the Mikkeller Beer Celebration in Copenhagen for my birthday. This was to be my first beer festival outside of England and also my first to involve live tattooing, Viking like men playing table tennis in nothing but their boxers and a 5cl beer glass (tiny things).  Despite its reputation, Mikkeller had always been this mysterious brewery to me, brilliant at what they do but as they are a gypsy brewer, visiting the brewery had never been an option and flying out to Denmark just so that I could try more of their beers wasn’t top of my list as Scandinavia is definitely not known for cheap pints. However after a beer filled sunny weekend in May, the MBCC as it is otherwise known, officially became my favourite beer festival and Copenhagen became one of my favourite cities in the world.

The last beer festival that I had attended prior to this, just so that you understand my slight anxiety leading up to this, had been the International Rainbow Project, an excellent festival of international beer collaborations, normally held at Beavertown Brewery but for that particular year had changed location to Siren Craft Brew in Finchampstead, whose owner is the founder of the event. My last memory is of drinking a third of Caribbean Chocolate Cake, a collaborative stout brewed by Siren and Cigar City in the US, which subsequently led to three hours of memory loss, with a brief memory of waking up at Waterloo station (on the train) and somehow managing to make it onto my train home and being in such a bad state that I had to be nursed by my mother the next day who was staying with me at the time. Not my proudest moment.

Anyway back to the subject at hand. It was eight months later, I had given myself enough time to recover and I was excited as I was going to a festival hosted by a brewery whose owner has rock star status in the beer world.

My friend and I arrived at the festival on a lovely sunny day, full of tasty meatballs after lunch at nearby Pate Pate and the mood was good in the meatpacking district. 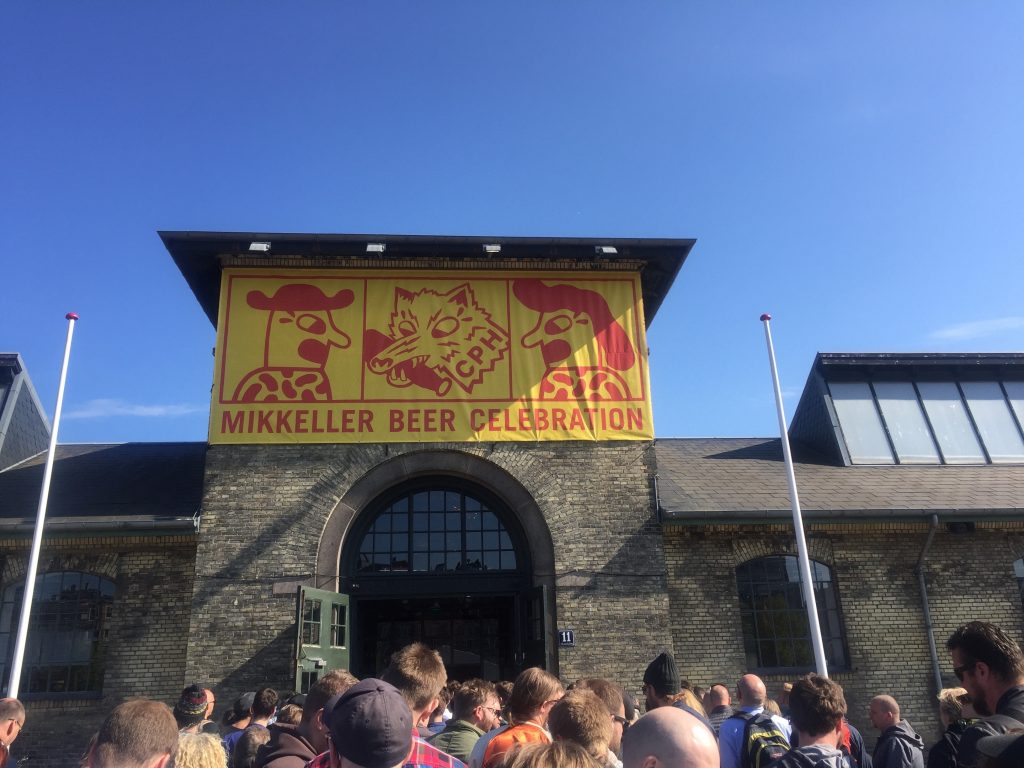 Feeling a little lightheaded from the early start that morning, I was thankful for the very respectably sized 50ml festival glasses that we were given at the entrance. You can barely get two sips out of one but as there were over 100 beers to try (or I should say choose from) it definitely helped to pace ourselves over a four hour session. 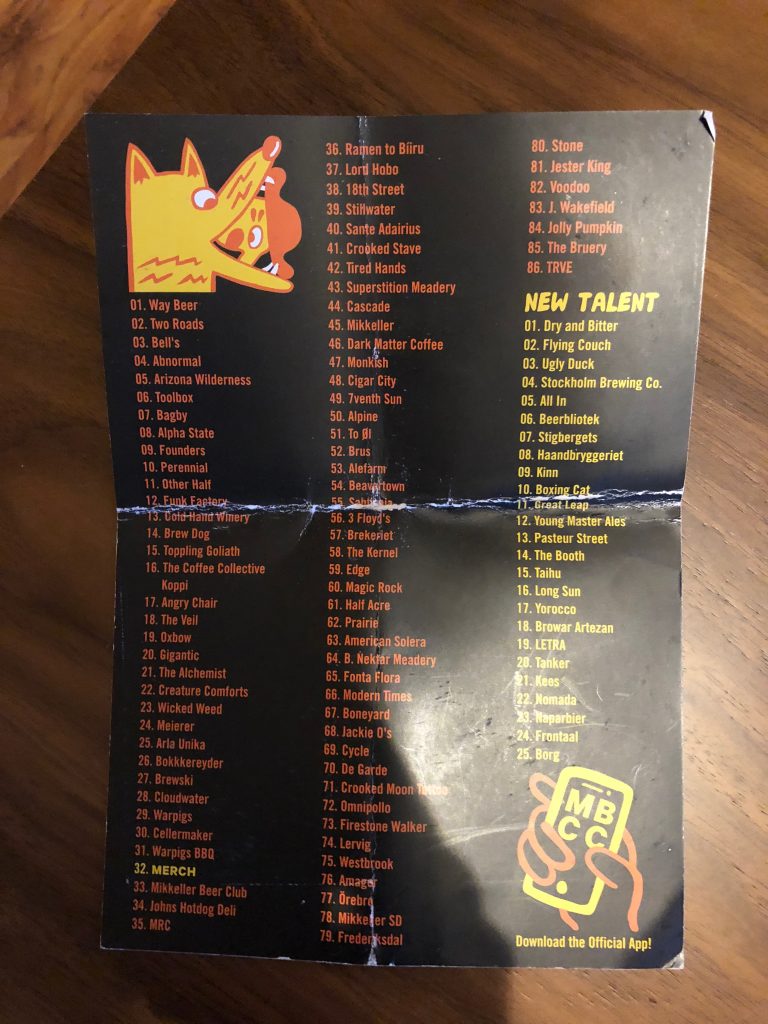 Making a list of the beers you want to try at beer festivals, is always a difficult task and is something that I can never stick to, for the reasons that a) I’ll be recommended something by another enthusiastic attendee b)  it’s inevitable that I’ll like the look or sound of a beer that’s not on my list, which is kind of the point of beer festivals anyway and c) for the least adventurous reason, which is that I will always at some point want to drink something I’ve had before.

So when presented with the above list, I first picked out the breweries I had heard of such as To Øl, The Veil,  Beerbibliotek, Haandbryggeriet, and Naparbier (mainly Danish and Swedish breweries) but I was surprised to also see a lot of American breweries on there, many of whom I had wanted to try for a while such as Other Half, Wicked Weed, Half Acre and Jester King. However as Mikkeller, like many modern brewers has been influenced by American brewing styles and hop varieties and because there is also a Mikkeller beer festival in Boston, this shouldn’t have come as too much of a surprise. Other Half from Brooklyn, New York were just starting to gain a reputation at the time and England was also well represented by breweries such as The Kernel, Beavertown and Cloudwater, the latter of whom I was happily telling about an award they had just won without realising I was talking to one of the brewers. The Mancunian accent should really have been a giveaway.

By that point it was time to go outside and take a breather in the glorious sun, befriend a couple of guys and return inside where the sight of someone lying down on a raised platform being tattooed in the middle of the room seemed perfectly normal. We got a glimpse of the famously tattooed organiser who seemed to be on the outskirts for most of it conducting various interviews and generally looking cool.

After a brief trip to England via Cloudwater and The Kernel (back to what I was saying before about familiarity), we headed outside for good and despite what I said about being thankful for the small glasses, I was really ready for a proper pint. Not only was there a Warpigs beer van awaiting us, whose tasty hazy IPAs we would be drinking a fair amount of the next evening but in front of the van was a scene I’ll never forget and it was at that point that I really realised I wasn’t in England and it was great! 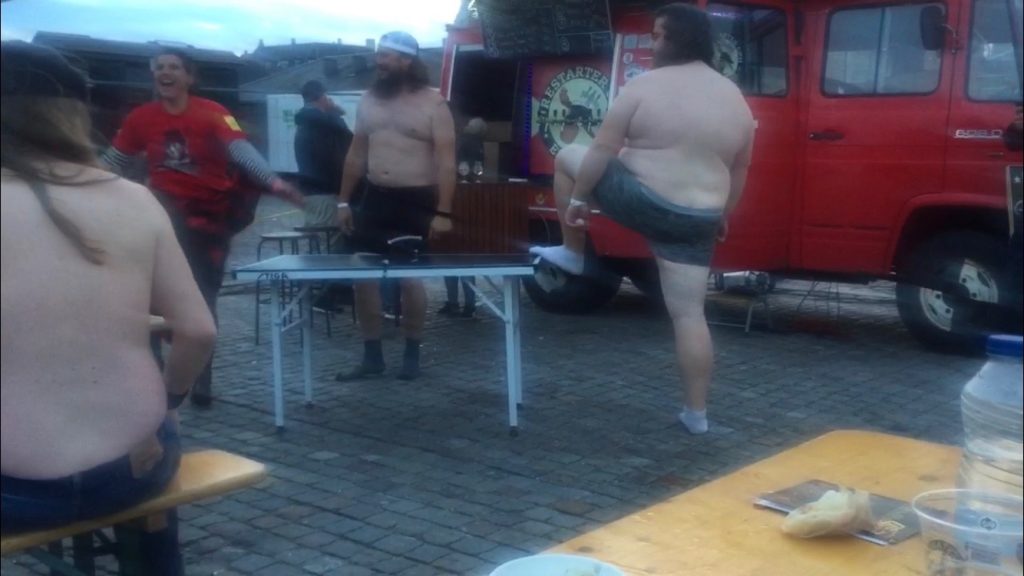 Shortly after this and an emotional conversation with an air steward from Malmö, the next thing I knew I was being twirled around the makeshift dancefloor by one half of the only couple who were dancing and I really was having a great time.

Eventually my friend and I reunited and she announced that we were going to a bar. So off we went with people she had just met to trendy Norrebro for another brief stop at one of Mikkeller’s many drinking establishments, Mikkeller & Friends. Another beer, sandwich and then home and it was my friend’s turn to have the memory loss this time. 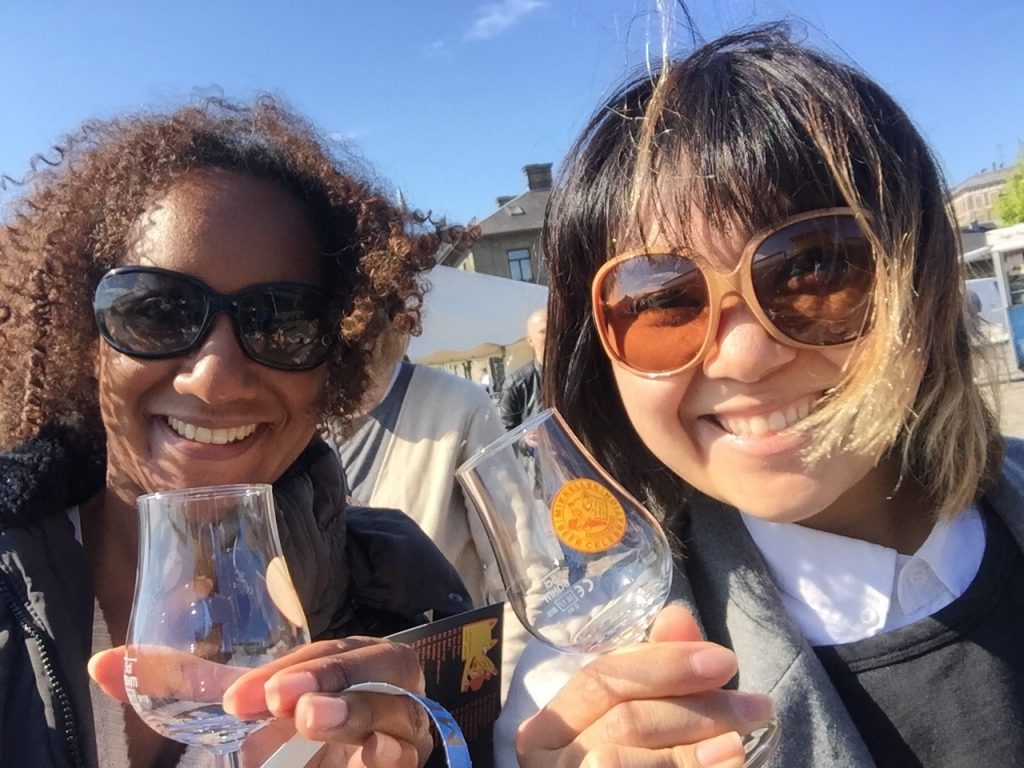 Glass retrieved the next day…

Why I can’t wait to go back to the MBCC this year
CB March 18, 2018 Blog, Festivals No Comments