I’ll be honest, I’m not a big fan of Brooklyn Lager. Even when it started to show up on taps around London along with Sierra Nevada Pale Ale as a welcome alternative to the lagers we were used to in the UK quite a few years ago now, I didn’t think it was a bad beer, I just didn’t like the taste. I had also tried their Oktoberfest beer which I quite liked and the Summer Ale but still something about the beers that I’ve had in London didn’t make Brooklyn Brewery a first choice for me when ordering at the bar. Needless to say there are also a lot more options available now than there were then. So in some ways I had written them off, although admittedly I hadn’t tried their infamous Sorachi Ace, or any of their smaller batch beers.

Because of this, Brooklyn Brewery wasn’t top of my list of breweries to visit when I was recently in New York City and I only had time to visit one so I had to make it good. It was because of two people however that I changed my mind, one being Matthew Curtis, a well respected blogger who I’ve never met but still whose opinion I strangely trust and a friend of mine who had recently walked past it while on holiday there and told me I should go as it looked like it would be a fun thing to do. I found out afterwards that the tap room had actually only opened in February last year, even though the brewery has been going since the eighties. I don’t know the reason why but they obviously wanted to make sure they got it right.

The experience was an absolute joy. On the weekends they offer free tours on the half hour which are fun, informative and fascinating and I would have happily paid for. All you pay for in the brewery are the beers by the way which costs you one token ($5) for a lower ABV beer and two tokens ($10) for a higher ABV beer, i.e over 7%. This may sound pricey but the inclusion of the tour makes it worth it to me. We were told that the tour we did was a more condensed version of what is offered on their small batch tours though which happen Monday to Thursday I believe and their story is so interesting that I would happily go back to find out more. Hearing their story, which starts with one of the founders having a life changing experience while reporting as a war correspondent from the Middle East (I won’t spoil it for you) and tasting the beers available in the tap room, completely changed my opinion of the brewery. Brooklyn Scorcher IPA, Blast! and Defender are all very tasty IPAs that I would happily have again. 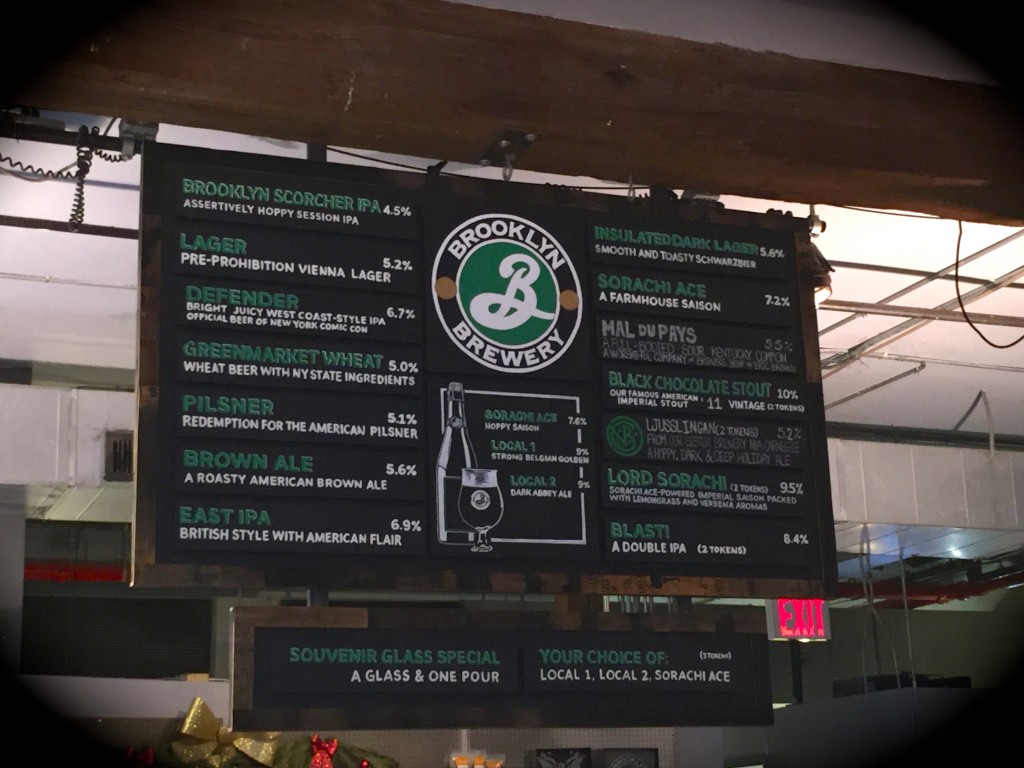 Also as is often the case in a good brewery taproom and one of the additional reasons why I love that I love beer, is that we got chatting to our table companions, one of who was about to do the tour for the second time that day as he was an avid homebrewer in South Africa and felt completely inspired. He also got me to try the Sorachi Ace, which I’m really glad I did, a saison which tastes like it possibly uses the majority of the Sorachi Ace hops that are produced in the country (not a factual statement). It was so full of flavour that I am now kicking myself for not trying the Lord Sorachi. As luck would have it, it will be making an appearance at The Beer Boutique in Putney next Friday so I’ll get my second chance. So beer lover or not, I suggest you make the trip to Williamsburg, Brooklyn and hear more about how the brewery was started, how their logo came about and whatever else the tour guide feels like telling you that day and even if you just want to drink some great beer that doesn’t normally make it over the pond and make some friends then still go there. I’ll definitely be back next time I’m in New York City.

p.s Thornbridge Brewery also have a collaboration beer that they brewed with Brooklyn Brewery’s master brewer Garrett Oliver coming out this year, I can’t wait! 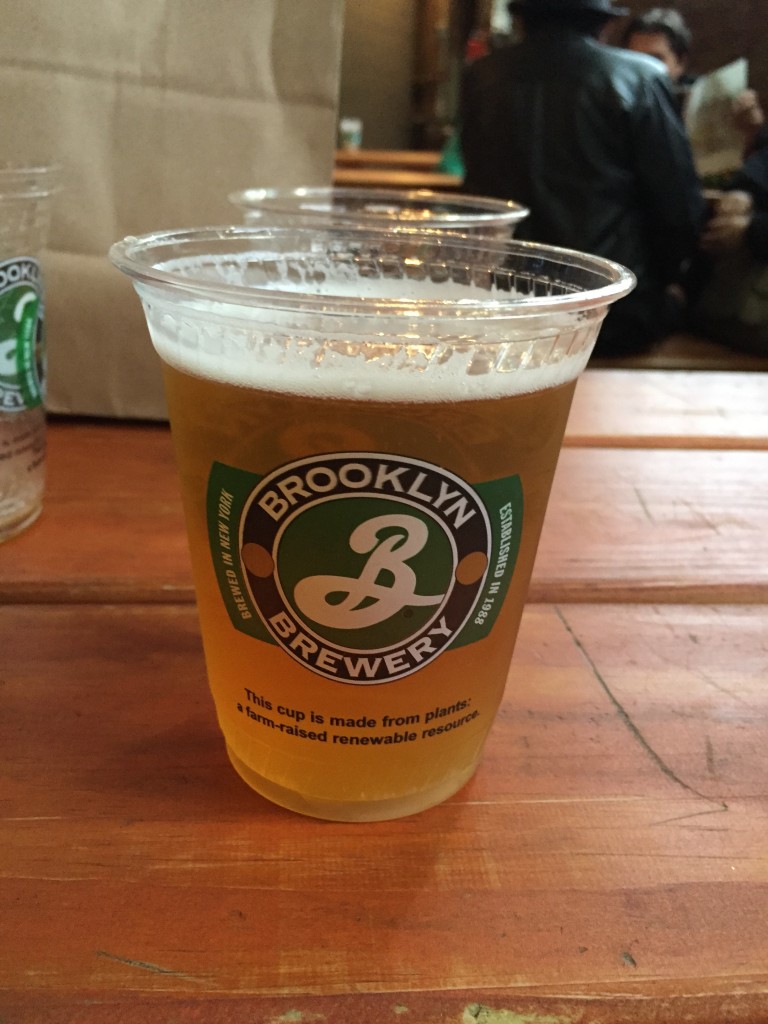 A brief post on how I became a Brooklyn Brewery convert
CB January 8, 2016 Blog, Breweries No Comments