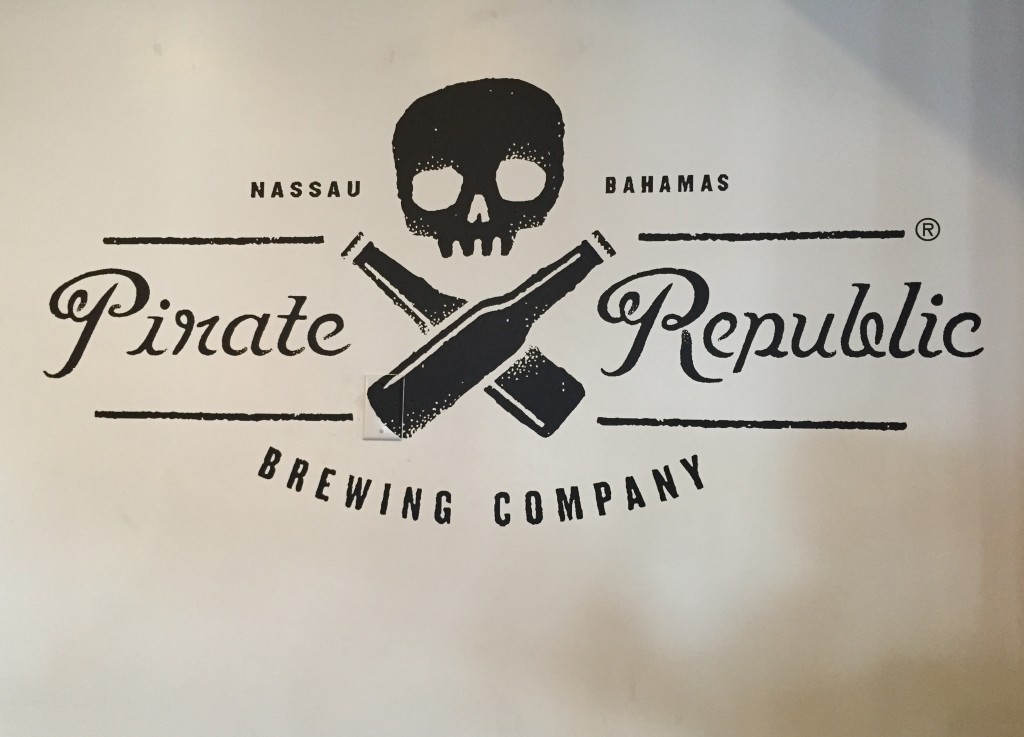 I mentioned in an earlier post dedicated to my trip to Orlando Brewing in January of this year, that the one thing I feared most when I decided to leave London for six months, was missing out on all the great beer being produced there while I was away (I’m sure my friends will understand where they come in my list of priorities). I quickly had to get used to the fact that I would not be drinking the big hoppy beers that I love so much on a weekly and sometimes daily basis. However there were some potential upsides, fewer hangovers, a less buoyant stomach and I would be more appreciative when such a beer did come my way (and when I was in America it certainly did in the form of some absolute corkers including Oskar Blues G’Knight, Lagunitas Waldo, Ballast Point Sculpin to name a few).

However I digress. Within days of arriving on the beautiful shores of Nassau, Bahamas, my sister informed me that the Bahamas was gaining its first craft brewery and that it was going to be located in Nassau. I was gobsmacked, if I had any doubts before, then this confirmed for me that this was fate. Pirate Republic Brewing I discovered, had in fact been brewing since July of last year and released their first beer, Island Pirate Ale, a 5.2% IPA, in August 2014. Their second core beer, Gold and Haze of Piracy, a Blonde Ale, came in October and their third, Long John Pilsner, in December. However they were due to open a new brewery and tap room in Nassau imminently. Unusually a merchandise store came before the taproom, a clever move given the shop and the soon to be taproom’s prime tourist locations on Woodes Rogers Walk, right where the yachts dock on a regular basis, filled with plenty of thirsty American tourists. Free samples of their beer are also available here.

Before finally visiting the tap room last Friday, I had tried all three of their core beers in bottles. My preference changes between the IPA and Pilsner, as the IPA in particular has tasted different on each occasion that I have tried it. It is very easy to drink and not packed with a vast variety of pungent hops but has a very moorish bitterness. The pilsner is a crisper and in my opinion tastier version of the two local lagers, Kalik and Sands, although I am partial to the latter, especially when spending a day on the beach.

So last Friday, I gleefully entered the taproom at around 5pm, right at the start of happy hour and headed straight to the bar, ignoring that my friends had sat down at a table first but I wasn’t interested in wasting time chit chatting, I was there for a reason and that reason was beer. Eventually the beer drinkers among us all decided on a flight. My selection included the Island Pirate Ale, Belgian Farmhouse Ale and the aforementioned Pilsner. The Pilsner was actually from the bottle which was a shame as I was looking forward to trying it from the tap but having said that it did taste much fresher than the ones I had had previously. The same goes for the IPA but I was not a fan of the farmhouse ale as it tasted very medicinal to me. 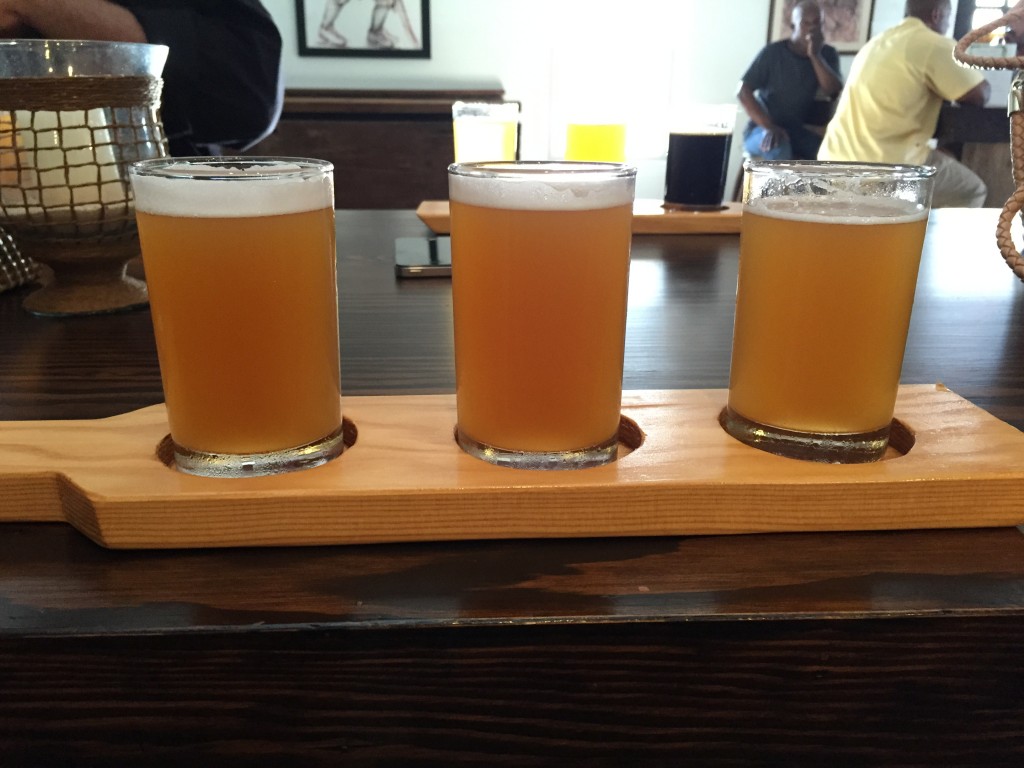 There was however one very obvious star of the evening, the Black Beer’d Stout which was superb. Strong for a stout at 6.9% but the taste reminded me more of an imperial stout, meaning that the ABV is actually pretty respectable. The beer had a lovely coffee flavour to it and a sweetness that I associate with Imperial/Russian stouts. It was hands down the winner for me. I do not know whether there are plans to bottle this, so for now you will have to head to the taproom to try it.

With my third pint of stout in hand, we headed over to the brewery to look around. It was smaller than I expected but obviously big enough to do the job and everything was still very shiny as the kit was purchased earlier this year. One of the brewers Lamar, informed me that they were currently brewing a Kolsch, which is a German style beer, so the brewery is likely to carry on experimenting which was good to hear. The brewery brews one beer at a time with an average fermentation time of two weeks and has six fermentation tanks with different beers fermenting in them at any given time. After my own failed attempts at brewing at my parents’ house nearby, I realised that with the right temperature and the right equipment it can be done and done well. I returned to the tap room for one final pint of Black Beer’d and headed on my merry way. 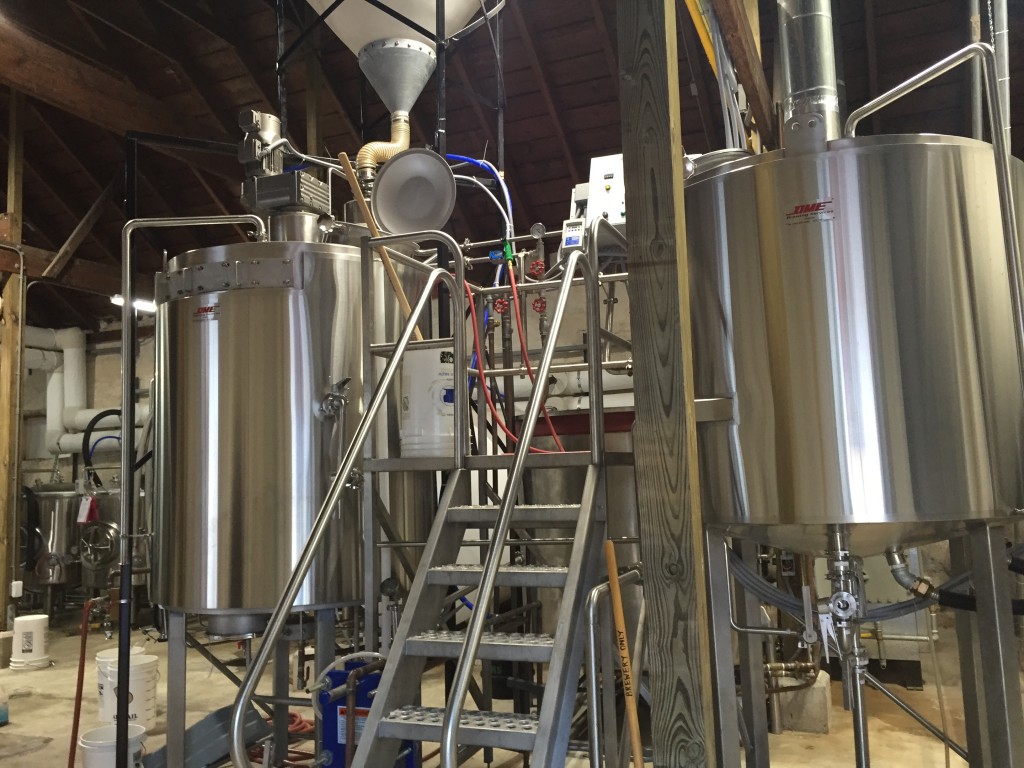 So as my time here draws to a close, I can leave here knowing that I have fulfilled my beer destiny, for now at least and know where I will be heading for my dose of fresh locally brewed beer whenever I return to Nassau. I will therefore leave you with a short list of places I know of where you can buy craft beer on the island, including Pirate Republic Brewing’s beers –

Liquid Courage – There are two locations, one in Palmdale and the other west of the island on Cable Beach which is my local. Beers mainly from the UK and US. On the craft beer side the US selection is best, however I find the majority of beers I have tried have been more on the sweet, caramel side than massively hoppy. My personal favourite beer has been Mendocino Brewing Co’s Black IPA. I also enjoyed the Islander IPA by Coronado Brewing Co. Pirate Republic beers also available here

Jade Imports Co – Located in Sandyport also in the west on Carmichael Road. Jerome, a very friendly and knowledgeable staff member recommended the excellent Hopaggedon to me on my first and unfortunately only visit. Craft beers from the US, Iceland and Ireland amongst others. Definitely worth checking out

Mahogany House – an excellent restaurant which has a shop selling craft beer, wines and other good things in life such as chocolate and popcorn at the entrance. To my delight they sell my favourite and one of the most well respected Russian Imperial stouts out there, Old Rasputin from North Coast Brewing. Also stockists of the Pirate Republic beers, Lagunitas Pils, Meantime Chocolate Porter (London brewery) and Boulder Beer Co beers to name a few. The Mojo Pale Ale is also worth a try.

See you in London!